Total announces the solarization of its largest lubricants plant worldwide, located in Singapore

SINGAPORE: 8 October – On 8 October, Total announced the solarization of its largest state-of-the-art lubricants oil blending plant, located in Singapore. The Tuas plant produces lubricants used mainly for automotive market, as well as industrial and marine applications in the ASEAN market. It has an annual production capacity of 310,000 metric tons.

The new photovoltaic solar system installation has a 1,200-kW capacity. The solar panels will contribute 35% of the site’s energy requirements to reduce reliance on traditional fuels. 3,682 solar panels are expected to generate 1,511 megawatt hours of electricity per year – equivalent to the power required for 132 four-room Housing Development Board (HDB) flats annually. Consequently, the plant will help reduce up to 528 metric tons of carbon dioxide emissions a year, comparable to the impact of taking 105 cars off the road or saving 9,000 trees per year.

Installation of the solar system demonstrates Total’s commitment to better energy and supports Singapore’s efforts in mitigating climate change under the 2016 Paris Accord. The project forms part of Total’s wider solarization program. Earlier this year, the company inaugurated its thousandth solarized service station, powered by solar panels at the TOTAL Palmeraie retail outlet in Marrakech, Morocco. Total has a goal to solarize 5,000 stations in 57 countries, with work accelerating in the coming months to reach around 1,000 stations per year.

The Tuas plant is a major global hub, boosting lubricant supply in the Asia Pacific region, which represents more than 40% of the worldwide lubricants demand. It is one of the world’s largest lubricants plants, serving 29 countries, from Australia, the Pacific islands, South-East Asia and up to Mongolia. The site first opened in 2015 and currently employs a total of over 130 employees.

The plant was constructed with sustainability in mind from the onset. The roof was originally built specifically to withstand the weight of the solar panels. Total also benefits from using a pier and shared equipment facilities onsite that allow the company to both ship and receive base oil and additives to and from the vessels directly instead of through land transportation. This reduces carbon dioxide emissions significantly, by up to 87%.

Tan Pai Kok, Vice President of Operations (Lubricants), in Asia-Pacific and Middle East zone commented: “We are proud to announce the solarization of our largest lubricants plant, marking a new milestone in our commitment to better energy. With Asia being a key region for future energy demand, we look forward to supporting that growth through cleaner and sustainable means, and contributing to Singapore’s journey in sustainability.”

About Total Lubricants
Total Lubricants markets products in 150 countries and employs close to 5,000 people. It operates 45 production plants with annual sales of almost 2 million tons in 2014. The division operates two R&D centers, one in Europe and one in Asia, developing lubricants for the automotive, industrial and marine segments in partnership with the world’s leading automakers and industrial companies. It has a strong presence as a lubricants supplier in motor sports crowned with 27 world championship titles in Formula One and is differentiated by its product quality and customer service.

About Total
Total is a major energy player, which produces and markets fuels, natural gas and low-carbon electricity. Our 100,000 employees are committed to better energy that is safer, more affordable, cleaner and accessible to as many people as possible. Active in more than 130 countries, our ambition is to become the responsible energy major. 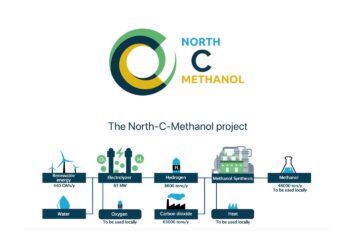 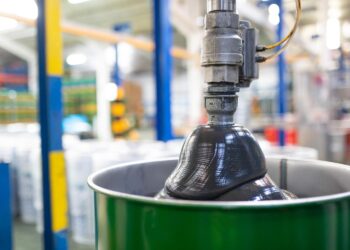