Executives from the worldwide re-refining industry joined from 24 countries including the Americas, Russia, China, Africa, the Middle East and Europe. GEIR was established in Europe in 1969 as the Comité Europeen de Re-Raffinage (CER) and then re-named GEIR, under the framework association of the UEIL – Union of European Industry of Lubricants – and is based in Brussels, Belgium at the heart of the European Union. GEIR today has become the voice of Re-refining industries across Europe and actively contributes to EU policy and legislative making. Christian Hartmann, GEIR President, said.

“GEIR has had a key role in the last 50 years by actively participating to the European Union legislative process. In particular, GEIR has contributed to shaping the three key pieces of EU legislation pertaining to waste oils. We are continuously engaged in discussions with the European Commission services, the European Parliament and the Members states. Furthermore, we actively collaborate with the European Commission in their assessments of new measures including quantitative targets to further develop waste re-generation. GEIR is proud of the achievements of the Re-refining Industry, as today we represent 18 % of European base oil market and we contribute to saving enormous CO2 emissions. Re-refining is a very good example of circular economy.”

Speakers during the conference included Enrique Garcia John, Policy Officer in the Waste Management and Secondary Materials Unit of DG Environment, as representative from the European Commission who provided an overview of the European policy landscape of re-refining as well as many industry representatives who touched upon opportunities and challenges for the global used oil industry. Participants also had the opportunity to hear from leaders of major re-refining companies about the state of the industry in the United-States, Brazil, Europe, Africa and China.

Meeting several times a year in either Brussels or at one of its members’ sites across Europe, GEIR reviews all European policies and legislation impacting the industry. GEIR promotes waste oil collection and regeneration as one of its key objectives, and conducts advocacy campaigns for mandatory waste oils regeneration targets to be on top of the EU agenda. 85% regeneration target of collected waste oil to base oil could result in 1,1 million tons of regenerated base oil (nearly double from today’s 600 kt), thus potentially representing 30% of total European base oil market. These numbers highlight the key position of the regeneraton industry. Furtermore, GEIR’s mission is to fight against misuse of simple treated waste oil as fuel in the bunker industry, as well as to contribute positively to the reduction of CO2 emissions and climate change mitigation (efforts to achieve CO2 certificates honouring the saving of up to 50% CO2 in comparison to virgin production).

The participants acknowledged GEIR’s crucial role in providing a platform for sharing experiences among members, as well as sharing experiences among lubricant industry. GEIR’s 50th Anniversary event was a renewed opportunity to reaffirm the will of the worldwide regeneration industry to cooperate more closely in political and technical matters with the view of achieving common goals. Circular Economy and Sustainability are irreversible trends, and GEIR is involved in the whole value chain with a strong commitment to contribute to global environmental targets. 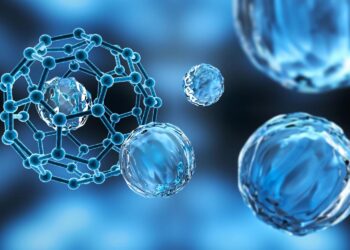