The Future of Tribology is in Good Hands

By Aaron Stone and Vicky Villena-Denton

The inaugural World Tribology Congress (WTC) was held in London some 20 years ago. From 17-22 September 2017, China hosted the sixth iteration of this popular conference at the Beijing International Convention Center, the first time the event has been held in China. This quadrennial conference attracts tribologists from throughout the globe and, if this year’s event is anything to go by, the future of tribology appears to be in good hands. WTC 2017 attracted a record attendance of more than 1,600 individuals representing 58 countries.

Tribology is defined as the study and application of the principles of friction, lubrication and wear. A multidisciplinary topic, the principles and design benefits are having a major impact in a variety of modern applications all over the world. Tribology is not simply limited to mechanical engineering.

The objective of the WTC is to highlight progress in all aspects of tribology and strengthen the link between academia and industry. This year’s presentations provided a range of perspectives on tribology topics such as Science of Tribology, Wear & Surface Engineering, Lubrication and Lubricants, Biotribology & Biomimetics, Manufacturing, Engine and Transmission Tribology, Industrial Tribo-systems, Tribotest and Monitoring, and much more.

China has a long history of involvement in tribology or mo ca xue in Chinese. Chinese scientists have been exploring friction phenomena and making important contributions to tribology dating back to the invention of the wheel more than 5,000 years ago. The Asian powerhouse is now a leader in scientific publications on the subject and plays a critical role in modern industry. It is perhaps fitting that China should finally get to host the WTC.

This year’s event was organised by the Tribology Institute of the Chinese Mechanical Engineering Society and hosted by Beijing’s world-renowned Tsinghua University. Fuels & Lubes International spoke with Professor Jianbin Luo, chairman of the Congress and head of the School of Mechanical Engineering, about the success of this year’s conference and China’s tribological history.

Luo himself has a unique background in tribology. After graduating from university, he commenced employment on the application side, working as a technician at Xi’an Cable Factory from 1982 to 1985, before re-entering academia. His first paper was published, on lubrication and temperature degradation of petroleum, while working for the cable company. A growing interest in tribology followed, culminating in a Ph.D. degree in Mechanical Design and Theory from Tsinghua University in 1994. Luo says his experience is advantageous in understanding the link between industry and academia.

Tribology is increasingly popular in China and the outlook of tribology in the region is bright, says Luo. Thirty years ago, this was not necessarily the case, China was languishing behind the rest of the modern world. The China Tribology Institute was set up in 1979 to promote the development of the scientific and technological levels in tribological research. Over the last three decades tribology in China has developed very fast, says Luo, owing to greater cooperation within the industry, improvements in education, as well as tribologists plying their trade in foreign countries and bringing their knowledge back to China.

Tsinghua University, in particular, possesses a strong research group, with a growing reputation for quality output. The university has more than 150 postgraduate Tribology students completing Masters or Ph.D. qualification. Luo believes Tsinghua is the largest university in the world in terms of students taking up tribology as their specialisation. Government financial support for the state university has been very influential, confirms Luo.

The Beijing International Convention Center sits in the shadow of the Beijing National Stadium, the iconic ‘Birds Nest’ that found global fame during the 2008 Summer Olympics. Analogous to the Olympics, China was subject to a rigorous bidding process prior to ‘winning’ the opportunity to host the WTC. An application to the International Tribologist Council had to satisfy eight to nine bid criteria, including accessibility, volumes, accommodation, the quality of conference facilities, volunteers, a proposed fee structure and more, confirms Luo.

However, it seems the selection of China has been a resounding success. Not only was WTC 2017 the biggest congress turnout ever in terms of participation, Kyoto’s 1,500 attendees in 2009 was the previous record, the sheer scale of presentations and networking opportunities is something to behold. The 2017 programme included no less than eight plenary talks, 35 keynote speeches, 937 oral presentations, 340 poster papers and an exhibition throughout the five-day event. Accommodating this scale of speakers and attendees required 13 parallel sessions each day.

The next World Tribology Congress will be held in Lyon, France in 2021. 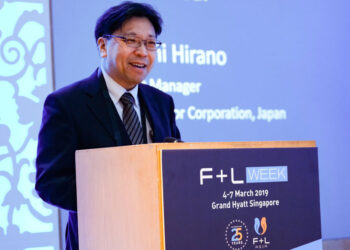 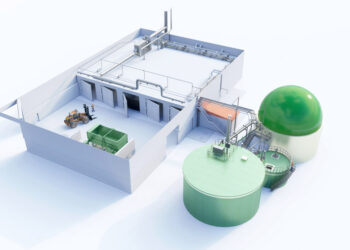