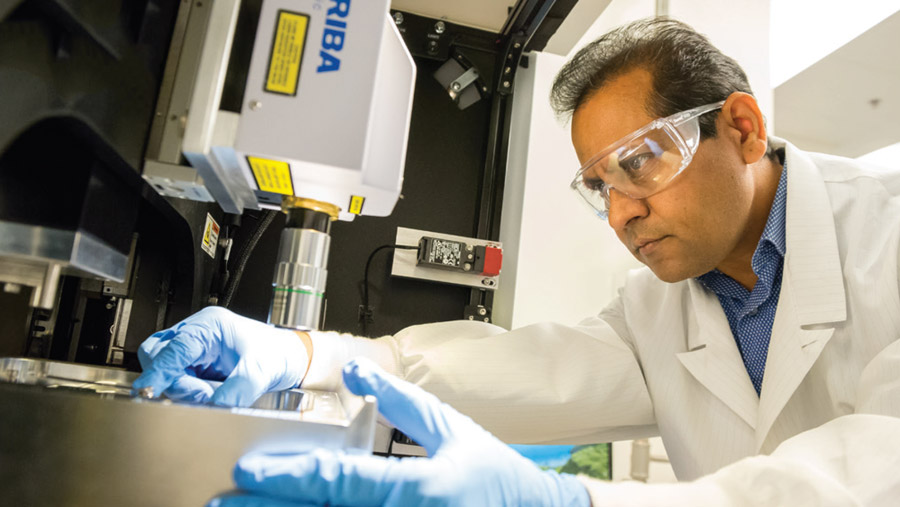 The word superlubricity was coined by Motohisa Hirano in the early 1990s. The Japanese scientist theoretically predicted the existence of a physical state where sliding friction between two contacting surfaces virtually vanishes under certain conditions. Hirano conducted wear friction studies using an atomic force microscope, a tool that allows the measurement of surface lateral forces at an atomic level. Investigating sliding behaviour between two crystalline solid surfaces, such as mica, Hirano Superlubricity: A new era in solid lubrication technology? observed that the friction force would drop to a nearly unmeasurable level when a solid tip was rotated to a certain angle. Later, Martin Dienwiebel from Germany in 2004 showed, in more controlled experiments using atomic force microscopy on graphite surfaces, clear evidence of superlubricity when two contacting graphite surfaces are incommensurate with each other. However, these efforts were mostly restricted to the nano- to micron-scales for a long time as any surface defects or surface roughness would destroy the superlubricity upon scaling to larger areas.

In the past, there has been ambiguity over the definition of superlubricity. Nowadays, a friction coefficient of less than .01 is well-accepted as being in a superlubric state.

Dr. Anirudha Sumant, group leader of nanofabrication and devices at the Center for Nanoscale Materials, a U. S. Department of Energy User Facility at Argonne National Laboratory (ANL), is a global pioneer in the research of superlubricity. His 2015 paper (Berman and Sumant et al., Science 348 (6239), 1118-1122, 2015) on the fusion of nanodiamonds and graphene was labelled a “game-changer” for solid lubrication technology.

“This was the first realisation of the opportunity to break away from nano- and micro-scale to demonstrate superlubricity on an engineering scale,” says Sumant. Nanodiamonds encapsulated in graphene act as nanosized ball bearings that reduce friction between contact surfaces to almost zero.

A paper published in 2018 (Berman and Sumant et al., Nature Communications, 9: 1164 (2018), replaced graphene with molybdenum disulphide. The results were unexpected, says Sumant. A chemical reaction damaged the nanodiamonds creating balls of onion-like carbon consisting of layers of spherical graphitic shells. The combination produced ultra-low sliding friction that could sustain high contact pressures and was even applicable to rough surfaces due to the larger size of the carbon spheres. Importantly, the time to achieve superlubricity was reduced from five to seven minutes to a fraction of a second, says Sumant.

Argonne National Laboratory’s research is giving rise to a new era in solid lubrication technology. The potential for robust, long-lasting superlubricity in real-world industrial applications appears almost limitless with the technology poised to have a sizable impact on the global lubricant industry. Could superlubricity completely supplant oil as a lubricant in some industries?

“Solid lubricants are a very important area that even the large oil-based companies are looking at,” says Sumant. Some companies have achieved a 10-20% reduction in friction through the introduction of graphene and other nano lubricants into their oils and additives. However, they have not seen the consistency they would like to see, he says. The tribo-chemical reaction that occurs within the oil over time is the key challenge.

While superlubricity is unlikely to lead to the ultimate demise of lubricating oil, “there is a very bright future for this technology,” says Sumant. The technology is more economical, longer lasting, and advantageous in terms of user-friendliness and applicability. The biggest challenge is changing the traditional mindset. We can talk about new technology, but it takes time to percolate from basic science ideas demonstrated at the lab-scale to industrial scale. Unless they see substantial improvement in the performance at the same cost and without changing much of the existing infrastructure, it is very difficult to convince them about the benefits of the technology since oftentimes it comes down to cost , he says.

Dry lubricants are already prevalent in many industries. Thin-film coatings are a common application, though are prone to catastrophic failure. Argonne’s technology is markedly different from traditional film coatings. In particular, the self-generating lubricant readjusts itself continuously to enable longer life.

Argonne National Laboratory’s progress on utilising nanomaterials to achieve superlubricity at the macroscale in an oil-free environment is starting to translate into real-world applications.

Sumant highlighted a collaboration between Argonne National Laboratory and a leading U.S. auto manufacturer. Metal stamping is a manufacturing process used to convert flat metal sheets into specific shapes. The method is applied broadly in the shaping of a car chassis, though friction as a result of high temperatures and contact pressures can produce weak points — with direct implications on the safety of a vehicle.

Typically, automakers employ oil-based lubricants to minimise friction impacts during the metal stamping process. The current approach is somewhat problematic. Even though lubricants are inexpensive, a “tedious” removal process before painting adds significant cost, says Sumant. Spray application of a graphene-based coating can achieve desired friction and wear reductions, with easy removal. Sumant says his team, in collaboration with industry, are nearing the commercialisation of this project which will ultimately reduce friction, improve performance and vehicle safety.

A partnership with one of the world’s largest oil and gas companies offers a similarly promising application. Offshore gas platforms utilise mechanical pump seals to isolate hazardous gases and oils. Existing seals are exposed to extreme pressures at high speeds and are subject to wear and leakage. Replacement of seals results in production downtime and added cost. Sumant’s research team is applying their technology to produce a mechanical seal with low wear and friction, thus minimising the replacement frequency. There are a “few more steps to go to implement this at industry scale,” he says.

Much of the preliminary research by Argonne scientists has focused on removing the condition of rough surfaces and reducing the time to achieve superlubricity on sliding surfaces. However, a 2019 research paper extended the application of nano lubrication beyond sliding surfaces (Mutyala and Sumant et al., Applied Physics Letters, 115 (10), 103103, 2019) — demonstrating nano lubricant technology can work even with combined sliding and rotational motion. The study displayed a reduction in friction to near zero in wind turbine bearings, offering the potential to improve lifespans, reduce cost and replace the need for oil lubrication. Sumant also foresees significant application in battery electric vehicle bearings. Additives which are in oil-based lubricants have been shown to cause problems with the electric field in battery-operated vehicle technology.

To learn about possibly collaborating with Argonne in this area or licensing technology from Argonne, contact [email protected]. 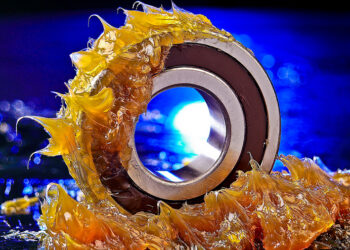 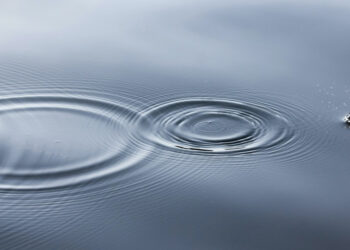