Pei Wenjun, general manager of Sinopec’s Singapore lube blending plant, recently spoke to F&L Asia about its decision to expand production outside of China. Sinopec’s plant has an initial capacity to produce more than 100,000 metric tonnes per year of lubricating oils and greases with about 70% geared towards oils and 30% towards greases.

“We just produce according to the market demand,” Pei said. “So we can shift if needed. We currently produce hundreds of different variants of products. All products adhere to Sinopec’s own corporate standards, which are equivalent to major international standards,” he said.

Since its inception in May 2002, Sinopec Lubricant Company has been expanding its sales and marketing presence outside of China. It might be assumed that production cost in Singapore is higher than in China, as labor and real estate costs are higher in Singapore. However, Pei said those are not the only actors Sinopec considered when setting up the Singapore plant.

Singapore’s cost advantage is in that it is an international shipping hub and one of the world’s largest oil refining and additive production centers. This location choice allows Sinopec to source 90% of its base oil requirements locally.

Furthermore, since the Singapore plant was meant to supply neighbouring countries, it was built with the requirements of its international customers in mind, said Pei. Sinopec Corp. is one of the largest integrated energy and chemical companies in China. It is China’s largest producer and supplier of refined oil and petrochemical products, as well as its second largest crude oil producer. Its shares are listed and traded in Hong Kong, New York and London Stock Exchanges, as well as in Shanghai’s.

Sinopec is the newest lube blender in Singapore. International oil majors like Total and Shell have been blending in Singapore for a long time. So when Sinopec decided to build a lube blending plant on this island nation and the two majors indicated their desire to expand, the Singaporean government encouraged the three companies to build their plants in the Tuas Industrial Complex, located in the southwestern part of the island.

Singapore Lube Park Pte Ltd is a joint venture between Sinopec, Total and Shell. It is the first lube park in the world. The three companies will share some resources and facilities, such as docks, tanks and pipelines.

Construction of the lube park is expected to be finished in July 2015. The park will replace Total’s plants in Jurong Pandan and Pioneer, as well as Shell’s facility in Woodlands North.

A Shell spokesperson confirmed that Shell has begun construction of its lube oil blending plant (LOBP) and grease manufacturing plant (GMP) in the lube park. When Shell’s new Singapore plants are completed, they will be able to serve customers in more than 30 countries in the Asia-Pacific region. It also expects plant capacity to increase by approximately 40% compared to the Woodlands North facility.

“This move to a more strategic, larger and linked-up LOBP and GMP site will enable the capacity expansion needed to support the expected demand growth in our lubricants markets in ASEAN and Oceania,” a Shell spokesperson said. Shell did not provide further details about the new plant. Despite its limited land resources, with the construction of the world’s first lube park, many signs point to Singapore serving as the gateway to the Asia-Pacific lubricants market. 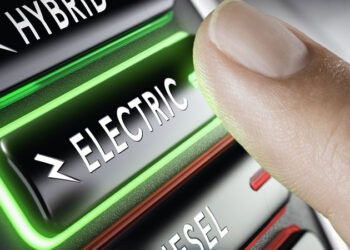 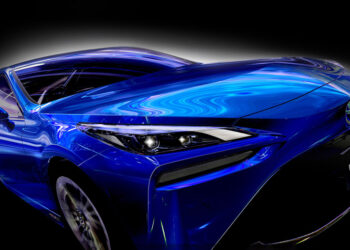