By Aaron Stone and Vicky Villena-Denton

In 1957, in a rented building on the south side of Chicago, John F. Dobrez Sr. started Dober Chemical. Its first order was a 55-gallon drum of liquid paint remover. Today, some 60 years later, Dober has grown into a truly global chemical business with operations in North and South America, Europe and Asia. While the U.S. company still calls the state of Illinois home, about 30% of its business is now outside the United States.

Dober Chemical develops cleaning agents, engine coolant additives, water treatment products, environmental and operations management software solutions. The company’s core business remains in corrosion technology, which extends through many product lines and accounts for approximately half of its revenues. Elevating sustainability as a key design component also appears to be a key differentiator for the chemical company.

Following an early foray into industrial products (paint strippers, iron phosphates and cleaners) back in the 1960’s, Dober Chemical has enjoyed substantial growth and market expansion. Scott Smith, senior vice president, attributes their performance to considerable expertise in chemistry and technology, alongside a unique ability to create strategic partnerships with big companies to deliver a technology role of development for them. “We try not to compete with the big boys, our chemistry is more niche,” Smith says.

During the subsequent six years, further expansion culminated in the formation of a cooling system division, CIP (clean-in-place) equipment and detergents for the pharmaceutical industry, and a commercial laundry chemical division. GE Betz – Coolant Additive Business and Americlean (Diversey) Laundry Chemical Division were acquired in 1997-8. In 2005 the company began to focus on time-released solid chemistry for cooling towers. Dober Chemical’s most recent acquisition was Halokear, a water treatment company, in 2016.

A strong family culture appears to play a central role in the active pursuit of opportunities in the global marketplace. Smith confirms a core value of the company is to be ‘nimble’. Even with a mounting workforce of more than 200, this attribute is integral to the company’s success, he says. The company has a willingness to take risks, and though Smith admits these risks “don’t always pay off,” an open mind has been critical to the company’s growth.

Dober Chemical first explored the Asian market 10 years ago, establishing a supply chain in Southeast Asia four years later. As with much of the organisation’s geographic expansion, the extension of a strategic partner’s business was the catalyst for broadening Dober Chemical’s supply chain. Smith suggests a “local supply chain is a value we provide” and the company invests heavily in supply chain set up. Once local supply is established for an existing partner the chemical company focuses its efforts on attracting new customers locally to try to extend it. This has been a successful model for the company. Most of Dober Chemical’s competitors, even larger companies, don’t possess the same ability to move with sophisticated supply chains, Smith says. Dober Chemical has regional blending locations in Asia, South America, Europe and the U.S.A.

Entering any new market is not without its complications. The biggest challenge Dober Chemical faces is regulation, Smith concedes. It is becoming “harder to move, store and handle chemicals.”

“Every country has its own unique regulations that are complicated and keep changing, forcing us to evolve,” he says. Remaining nimble is paramount, as is investing in the appropriate resource to understand the regulations, Smith attests.

Consistent good quality supply can also be a challenge in Asia. Dober Chemical maintains they are very careful who they work with — taking significant steps to validate and qualify prospective suppliers. A significant amount of time is invested in creating relationships. The downstream benefits of this outlay are obvious. The company now enjoys a consistent supply of low-cost raw materials, providing a significant competitive advantage. Dober Chemical purchases substantial quantities of raw materials in China and have a strong team that sources there, says Smith.

Dober Chemical has been very active in corrosion chemistry in engines and water treatment. Two years ago, following an internal ‘reorganisation’ of the business, the company began evaluating opportunities to extend the corrosion technology division into new markets. The decision was made to enter the lubricants industry.

Metalworking fluids (MWF) and tribology provide the company space to adapt and grow. The protocols for coolants are very defined, with restrictive ASTM methods to follow. Lubricants are very layered, Smith says, providing a considerable opportunity to try different things.

While the actual formulations are ‘very similar’ to the coolant additive industry they are involved in, the market potential in lubricants is ‘much bigger,’ he says. Dober’s coolant additives have a relatively small treat level of less than 5%. “For us it is a small investment to move into a new space and to create leverage,” Smith says.

The MWF customer base is fairly diversified. For some companies, the requirement of a customised solution for each and every customer may seem undesirable. Dober Chemical eyes this as a strategic advantage for their agile business. Diversified product offerings give rise to many different corrosion opportunities to address a customer base — from raw materials to formulations to anti-rust to cleaning. It also reduces the likelihood of competing with one company on everything.

Where to in the future for Dober Chemical? Clearly, as a family business, Dober Chemical is here for the long term. The company confirms they see themselves as an international business and have a desire to continue to “grow faster than the U.S. economy will allow us to.” Clearly, further expansion in China, Asia or emerging markets will be critical to this goal. 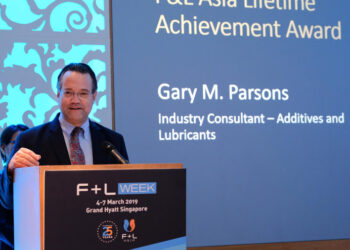 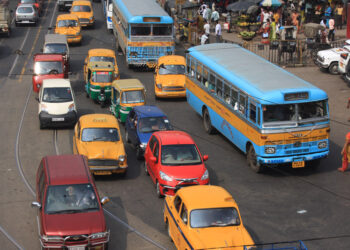