The European Union is having non-compliance issues with a few fuel standards, and is behind on meeting certain legislative targets. Is this because of problems with fuels and vehicles, or shortcomings of the standards themselves?

At the UNITI Mineral Oil Technology Conference in Stuttgart, Germany in April, some speakers said it is a little of both.

Heather Hamje of Concawe (the Conservation of Clean Air and Water in Europe) spoke on the outlook for future fuels, vehicles and lubricants in a low greenhouse gas environment. She said that while the European Union has been making progress toward reducing its dependence on refined products, it is not likely it will fulfill some of the legislative targets by using biofuels alone. Specifically, meeting the Fuel Quality Directive (FQD) and the Renewable Energy Directive (RED) will be challenging, she said.

The FQD sets a target for greenhouse gas (GHG) emissions reduction. Most recently, Article 7a was introduced, mandating a 6% decrease in GHG emissions from road transport between 2010 and 2020. The RED, on the other hand, requires the EU to source 20% of its energy from renewable sources by 2020. Each member-state sets its own national target and is required to fulfill at least 10% of its own energy needs with renewable sources by 2020. According to Hamje, the penetration of advanced biofuels (those that do not compete with the agricultural food supply) in the EU is strong and increasing, but not sufficient to meet the RED. By 2020, she said, “the world supply [of advanced biofuels] is expected to be about 9 million tonnes, about half that the European supply.”

Since the UNITI conference, the European Parliament has agreed on a new rule that is a revision to the RED and FQD. Of the 10% that each member-state must contribute toward transport from renewable sources by 2020, the new rule requires that no more than 7% of this may come from first-generation sources, meaning crops grown on agricultural land. Member-states can individually set lower targets, and must include this in their national legislations by 2017. Following that, each state will have 18 months to set a minimum target for advanced biofuels. A guide of 0.5% has been suggested.

“In the European Union, we’re basically importing diesel and exporting gasoline,” Hamje said, and this trend is expected to continue. “This provides an opportunity for biodiesel blend stocks to make up a portion of the difference.” However, she said, part of the reason biofuels have not had more use is because of vehicle compatibility issues.

FAME IN DIESEL AND BIOFUELS

Gérald Crépeau, fuels and worldwide standardization strategies expert at Peugeot-Citroen, spoke on the requirements for future fuels from an OEM perspective. He outlined some areas of non-compliance with legislation. Eleven of the 28 EU member-states are exceeding the mandated level of fatty acid methyl ester (FAME) in diesel fuel; most are between 0.4 and 3.2% by volume above the limit. Malta has the highest FAME content at 11.2% by volume.

In the RED, there is a provision that biofuels made from wastes, residues, non food cellulosic material and ligno-cellulosic material count twice toward the required percentage of energy from renewable sources. France has limits on how much used cooking oil methyl ester and animal fat methyl ester can go into a biofuel, but the United Kingdom has no such restrictions. Customers in the U.K. have, however, reported more problems than those in Germany or France.

Concawe has investigated the effect that FAME has on diesel fuel filters. “You would expect that FAME would lengthen the regeneration intervals of the diesel particulate filter [DPF] due to lower loading on the DPF, so we did a study to investigate that,” Hamje said. Here she refers to the filter that removes soot from the exhaust gas of a diesel engine. Most filters are designed to burn off the particulate matter in a process known as regeneration.

Concawe found that increasing FAME to 50% in the fuel blend increases the kilometres that can be driven between filter regenerations, as well as reduces fuel consumption by about 1%. The higher the FAME blend, the more FAME builds up in the lubricant over time, Hamje said. She clarified that in general, less regeneration is preferable because it means there is less deposit on the catalyst, and less fuel burned in the regeneration process. It should also be considered, though, that FAME containing fuels do get consumed at a slightly higher rate because of their higher oxygenate content.

Crépeau also referred to lab data on diesel fuel filter plugging and FAME content. He said that customers were complaining of filter plugging issues at temperatures above the cloud point, so a rig test was conducted. When the filters were analysed, mostly saturated FAME was found inside. It was also found that monoglycerides do not have the plugging effect that FAME does.

Going forward, Crépeau advocated that EN590, the European specification for diesel fuel, should include a note recommending controlling the level of FAME in the winter, because these cloud point issues happen at cooler temperatures, as well as a requirement for a filter blocking test or a centrifugation test after cold soak. It would also be beneficial, he said, to increase the Research Octane Number (RON) for biofuel blends. “The current specifications are not sufficient, [and] are not in line with vehicles,” he said.

This is likely a main reason why, as Hamje said, Europe is not on track to meet its legislative targets. She mentioned, however, several areas of progress: “We think that fossil fuels are going to dominate mainstream road transport for some time to come, but we do see that vehicles are going to improve, and we are going to see, we think, diversification of the on-road fleet.” Additionally, Concawe predicted that demand in the EU for refined products will decline by 165 million metric tonnes between 2005 and 2030, due in part to improved vehicle fuel economy and the use of alternative fuels.

Hamje and Crépeau agree that in order to make the necessary progress, original equipment manufacturers and oil companies will have to take a more integrative approach, and that regulations must be made with the needs of the vehicles in mind.

“Appropriate market fuel standards are essential,” Crépeau said, “to ensure proper technical functioning of all vehicles, in the marketplace, new and old, in all applications and over all seasons.” 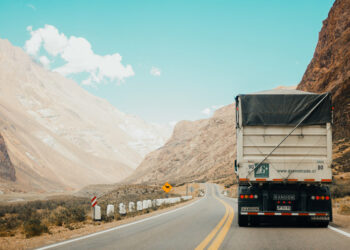 Commercial vehicles can be at the forefront of emissions reduction