This year’s ‘F&L Asia Product Development of the Year’ has the distinction of being the “first-to-market lubricant solution” for siloxanes in landfill gas. Siloxanes are organo silicone chemicals used widely in a variety of products such as cosmetics and toiletries. As siloxanes use increases, their concentration is gradually rising in landfills. This is accentuating the decades-old problem of siloxanes in landfill gas causing silica deposits in the engines using the gas for fuel.

The combustion product, crystalline silica, sticks to hot surfaces of engine parts coating them with a thick, hard, abrasive layer. If the presence of siloxanes in landfill gas is sufficiently high — the accumulation of silica deposits can cause higher oil consumption, pre-ignition, abrasive wear and ultimately increase the frequency of top end overhauls and piston ring replacements, which decreases engine availability.

One industry solution has been to remove siloxanes from the gas before it reaches the engine, though this is expensive and only partially effective. Decoking an engine, or mechanically removing deposits, is another option. However, this increases engine downtime and adds further costs to the engine operator.

Lubrizol established that this long-term problem could be re-solved using a lubricant approach, and in 2017 the company launched an additive package for stationary natural gas engine oils specifically designed to control silica deposits coming from siloxanes in landfill gas. The product is officially known as Lubrizol® SG9L60 stationary gas additive. It is the first lubricant market solution to significantly reduce the negative effects of siloxanes in landfill applications.

This ground-breaking product has deservedly earned Lubrizol the highly acclaimed ‘F&L Asia Product Development of the Year Award’. The award is presented in conjunction with F+L Week, the annual industry event organized by F&L Asia in the Asia-Pacific region. The ‘Product Development of the Year’ award highlights product innovation within the fuels and lubricants industry and was presented this year during the Recognition Dinner at the Four Seasons Hotel in Macao, on March 8, 2018.

Arunratt Wuttimongkolchai, vice president for petroleum products and alternative fuel technology, of the Research Department of PTT’s In- novation Institute, and a member of the F+L Week 2018 advisory board, presented the award to Lubrizol’s Edward Ng, commercial manager for large engine oils, Asia-Pacific and Middle East.

This product development was the result of listening to problems experienced in the field via Lubrizol’s landfill partners, said Ng.

“The approach involves using unique additive componentry to chop up the higher molecular weight poly-siloxy species into smaller molecules allowing them to remain suspended in the oil, using a variety of special dispersants.”

Further, the prestigious award reinforces Lubrizol’s ongoing commitment and the market-driven need for application-specific lubricant solutions to deliver enhanced performance that are beneficial to the global stationary natural gas industry, he said.

SG9L60 was formulated with a Group II base oil and field tested at a landfill site in Ontario, Canada, using Caterpillar gensets. Lubrizol highlighted that while other engines on site, running on a commercial landfill gas engine oil, required de-coking ever y 1,500 hours, the engine that used an oil formulated with the Lubrizol SG9L60 additive package ran a full Caterpillar approval trial for 7,800 hours without being de-coked. In addition, oil consumption of the engine running on Lubrizol SG9L60 was half that of the other engines on site. 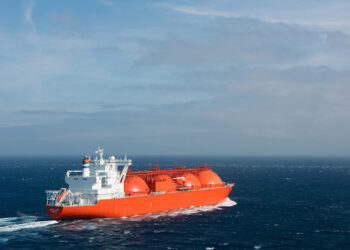 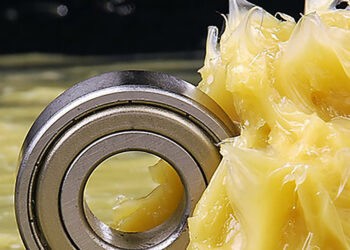