Home / F+L Magazine / Liqui Moly: “We are not afraid of the future” 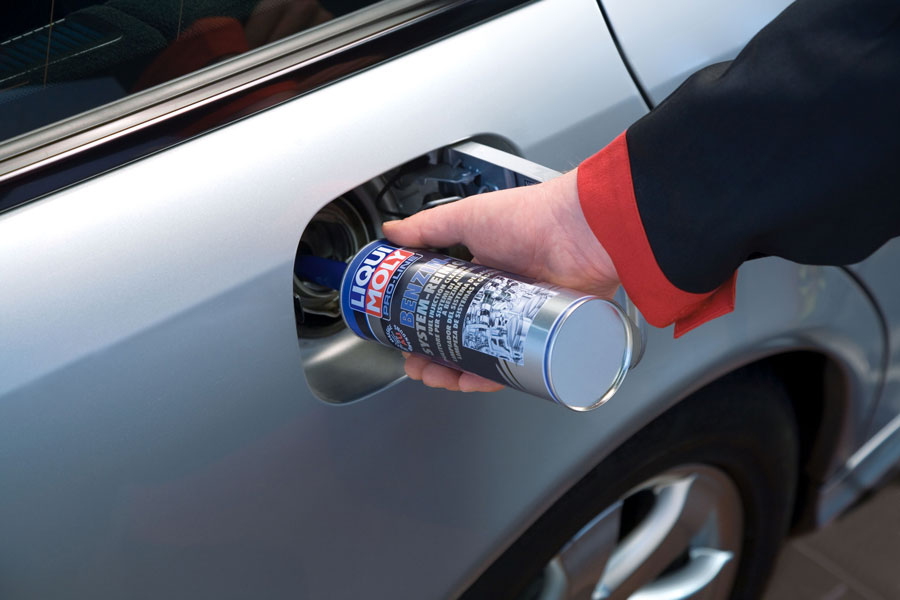 German oil company LIQUI MOLY is “not afraid of the future.” Quite the contrary in fact. Despite obvious uncertainty facing the automotive lubricants industry, and motor oils and additives acting as the company’s two most important pillars, LIQUI MOLY is “very optimistic” — recently signalling their ambitions for international growth as they look to “further internationalize the company.”

LIQUI MOLY is one of the heavy hitters in Germany’s domestic market and was recently voted by the 7.2 million readers of Auto Bild, Auto Motor und Sport, Auto Zeitung and Motor Klassik as the ‘best oil brand’ in Germany. It is the eighth year in a row the brand has received this accolade from Auto Motor und Sport and Auto Zeitung. This affinity towards LIQUI MOLY has contributed to a tripling in sales since 2006.

The Ulm-based company was founded in 1957, bringing to market an oil additives product containing the solid lubricant molybdenum disulfide (MoS2) to help protect motors against wear. The original additive is still produced by the company today, though LIQUI MOLY’s offering has grown substantially to include a broad range of automotive chemicals including motor oils and additives, greases and pastes, sprays and car care, glues and sealants — totalling more than 4,000 items. According to their website, LIQUI MOLY is now the “undisputed market leader for additives in Germany,” with EUR 532 million (USD612 million) in sales in 2017 and products sold in more than 120 countries.

While the German domestic market remains the cornerstone of the business, export is already responsible for more than 50% of sales. “We want to transfer the successful model of Germany to other countries,” says Salvatore Coniglio, the company’s new export director. Coniglio joined LIQUI MOLY in 2001 and was deputy export director for more than 10 years prior to his promotion.

F+L Magazine interviewed Coniglio to ascertain the company’s growth ambitions within Asia-Pacific. Approximately one-fifth of the company’s export turnover in 2017 occurs in the Asia-Pacific region. He expressed a desire to increase not only the absolute figure but also the share of Asian sales. Compared to their dominant position in the German market, there are plenty of growth opportunities in Asia. With the greatest vehicle fleets and strong growth, China and India are obvious markets, he says. However, the company also invests in smaller markets, such as Cambodia and Myanmar. “Our experience is that small markets also offer good business opportunities.”

LIQUI MOLY continues to research, develop and manufacture exclusively in Germany. The company admits there are disadvantages to wholly manufacturing in their homeland when competing against locally based Asian operations — such as higher production and shipping costs, import taxes, and also non-tariff barriers like import licenses, which in some countries can be difficult to obtain.

However, the positives outweigh the negatives, says Coniglio, and the organisation is not trying to compete on price anyway. “We do not want to be the cheapest, we want to be the best.” German-based manufacturing ensures a consistently high-quality level of products sold around the globe, he adds. Car drivers in Asia get the same products as car drivers in Germany. “No quality downgrades, no ingredient seconds, no cheap packaging.” The finest raw materials, ongoing quality inspections and compliance with the very highest specifications are guaranteed, Coniglio adds.

The organization continues to focus on raising the bar in terms of quality and service. Service is very important for our business model, he declares. Customers come to expect not only top-notch products but also top-notch service from LIQUI MOLY. “It is not only oils and additives, but it is a complete package including technical training, marketing support and many more.” You get personal advice, comprehensive service and an unparalleled focus on the customer, Coniglio says.

LIQUI MOLY does not employ outsourced call centres with “endless waiting loops” or cursory knowledge of products. For instance, when a car owner has a question about a product or its application and contacts us, he ends up with our application engineers — experts who know our products inside and out. This added value is the reason many customers choose us, he says.

How does this tight focus on service mesh with a publicly stated methodology of working with local importers and distributors? In North America, the Iberian Peninsula and South Africa LIQUI MOLY manage sales themselves. Elsewhere, the company deliberately offers a great deal of freedom to business partners in terms of marketing and sales. They are the ones who know their markets and their particulars best, he says. In general, the company is “very successful with our concept of local importers and distributors,” though it is not static and we adapt it to individual markets and over the course of time, where necessary, he says.

Unlike many of the global brands with the highest brand awareness, “product counterfeits are not a big issue” for LIQUI MOLY. Coniglio confirms the minimal impact of counterfeit products that are so often a smear on Asia. Irrespective, he says the organisation is very close to the market and should product counterfeits occur, “we are able to respond quickly.” To be on the safe side, they recommend workshops and that end consumers only buy from trustworthy sources.

Looking forward there is considerable uncertainty in the automotive lubricants industry with the arrival of alternative powertrains such as electric vehicles. A fully electric vehicle needs far less lubricants and lubricating greases than a vehicle with an internal combustion engine (ICE). How will that affect LIQUI MOLY’s aggressive growth plans? Coniglio anticipates that the ICE “will prevail for a very long time, especially in rural areas and in regions with a less developed infrastructure.” Even with the increasing importance and volume of hybrids, which still uses a combustion engine, “we see tremendous growth potential for us in the next decades.”

Outside of automotive, LIQUI MOLY also plans to “conquer” the areas of motorbike, commercial vehicles and marine.

“There are so many entry points overall that our opportunities are almost limitless,” says LIQUI MOLY’s export director. 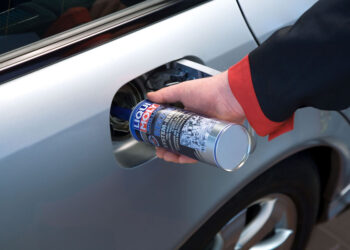 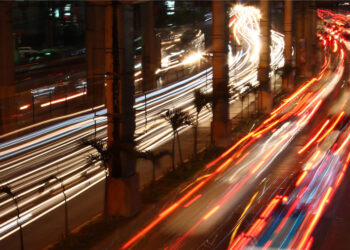