Labelling is key for new breed of emulsifiers

Emulsifiers, along with corrosion inhibitors, are the most commonly used additives in metalworking fluids. They represent 23% of metalworking additives, about 140,000 tonnes per year out of a global additive consumption of 600,000 tonnes per year, according to Kline & Co. At F+L Week 2016 in Singapore, Claude-Emmanuel Hédoire, technical marketing manager for lubricants and metalworking fluids at Solvay, based in Paris, outlined the main challenge for emulsifiers today. Formulators must balance the needs of performance, regulation and economics. Hédoire addressed how Solvay has approached developing an emulsifier that satisfies all three needs.

The Globally Harmonised System of Classification and Labelling of Chemicals (GHS), which was created in 1992 by the United Nations, is part of European Union law, but not fully implemented everywhere else. Chemical substances receive a hazard classification and, if warranted, a label designating a hazard to human health or the environment. The best performing and most widely used emulsifiers in the current market are based on cetyl-oleyl ethoxylates, Hédoire said. These are fatty alcohols with a long carbon chain of 16 to 18. They offer good emulsion stability, low foam in both deionized water and hard water, poor defoaming in deionized water and acceptable defoaming in hard water. The main drawback of this widely used substance is that it carries the “dead fish label,” the GHS pictogram signifying that the product is harmful to aquatic life.

The GHS regulations and REACH, as well as the classifications developed by CESIO, are the main guidelines under which Solvay had to maneuver. CESIO is the European Committee of Organic Surfactants and Intermediates, and has chemical companies such as Solvay as members. These classifications determine whether a product may receive “milder,” or more favorable, labelling.

“We are looking for an alternative, keeping the same performance but with a milder labelling,” Hédoire said of the alternative to cetyl-oleyl alcohols that Solvay has produced. So, how did they go about developing an alternative to the chemistry that is considered the best performer?

Metalworking fluids are mostly emulsions of oil in water. Emulsifiers as an additive keep the oil suspended and stabilised throughout the fluid so that it can perform its job of protecting machine tools. Today’s high-speed machining tools need emulsifiers that specifically have ultra-low foam and good defoaming capabilities. Presence of foam means that there is air where water and/or oil should be, so neither is able to do its job. This is a special concern with modern high-speed tools. Today’s metalworking fluids need a “new generation” of emulsifiers that can minimise foam easily without the addition of a defoamer additive, Hédoire said.

In terms of alcohol ethoxylates, those with longer carbon chains, like C16-C18, give better performance as emulsifiers. However, those with shorter carbon chains earn more favorable labelling. Because of this, Hédoire said, Solvay decided to use only short-chain alcohols, in the range of 8-14 carbons, for its new product range.

Besides carbon chain length, another variable for Solvay was the degree of ethoxylation. Ethoxylation is a process in which ethylene oxide is added to an alcohol. The higher the ethoxylation degree, the better the classification and labelling of the final product. Additionally, propylene oxide (PO) can enhance the performance. According to CESIO guidelines, an EO/PO degree of 15 or higher receives no hazard classification and no labelling. “Introducing PO inside the molecule can lower the foam” of the emulsifier, Hédoire said. In developing this line of products, Solvay tried a short-chained alcohol ethoxylate with varying degrees of ethoxylation and propylene oxide, defined as low, medium and high EO/PO degrees.

Solvay experimented with short-chain alcohols that had varying degrees of ethoxylation and propoxylation. The additives’ low foam, emulsion stability and defoaming performance were measured in both hard water and deionized water. Water hardness depends on the region in which the metalworking fluid is being used, he said.

The global marketplace demands more cost-effective lubricants, which is difficult because some raw materials are not available worldwide, he said. Therefore, a feasible and sustainable product would be based on widely available raw materials.

Cetyl oleyl alcohol, which is the basis for the high-performing, long-chain based emulsifiers, is not readily available worldwide. It is mostly derived from palm kernel oil, and has only three suppliers in the world, two in Europe and one in Asia. The process is based on proprietary technology and mostly dominated by one supplier, he added. The main short-chain alcohol from which emuslfiers can be made, on the other hand, is lauryl alcohol. It is derived of palm kernel oil as well as synthetically from crude oil. It has more than 10 suppliers in Asia, five in Europe and approximately five in North America, Hédoire said. Therefore, Solvay chose lauryl alcohol as feedstock for its new emulsifiers.

Instead of the dead fish, the new Solvay products carry the exclamation point pictogram, which applies to products classified as an irritant, skin sensitiser, acute toxicity, narcotic effects, respiratory tract irritant or a hazard to the ozone layer. This is considered in the chemical industry as a much milder label than the dead fish. The products go under the trade names of Rhodasurf LF5, Rhodasurf LF21, Rhodasurf LF22 and Rhodasurf LF3000. Hédoire said that these products are now available in Europe, Asia and North America. 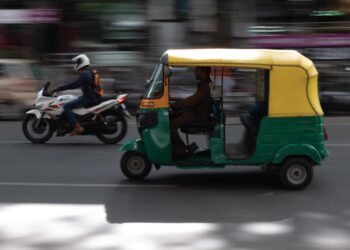 What does the future of transport in developing Asia look like? 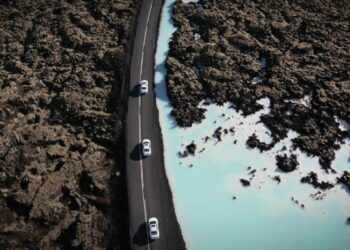