Home / F+L Magazine / From the track to the road: Lessons in a bottle

From the track to the road: Lessons in a bottle

Engines roared, tires whined and sweat poured as cars raced around the blocked off streets in Singapore’s Marina Bay area. This was during the practice run at Formula One’s only street night race, which took place on a typical hot and humid evening last September.

Formula One fever gripped Singapore that weekend. It was during this extremely electric occasion that Shell chose to debut its new premium Helix motor oil. The gas-to-liquids (GTL) base oil was produced from stranded natural gas at Shell’s million tonne plant in Qatar. Shell officials described the GTL base oil as a game changer.

“This is a very, very clean product, and it offers the cleanliness that’s going to make a difference to the performance of the engines,” said Dennis Cheong, the Singapore-based vice president of Shell’s lubricants supply chain. Previous to this race, Shell used poly alpha olefin (PAO) to formulate Shell Helix. It all changed at the Singapore Formula One race, and the company will now continue to use a specially formulated version of its Helix Ultra with PurePlus Technology in future races on Ferrari cars.

Proof of better performance from the new motor oil wasn’t clear on the track, however. The Ferrari team came in fourth in Singapore, about where it was in the season standings before the race.

The Singapore night race was number 14 out of 19 Formula One races in 2014. The circuit travels around the world with 11 teams competing under different conditions. After Singapore, next up were Japan, Russia, the United States and Brazil before a finish to the season in Abu Dhabi on 23 Nov. Drivers, cars, supplies and the entire support staff travel to each venue every one or two weeks, set up and then do practice runs on Fridays, qualifying runs on Saturdays and then race on Sundays. There are many moving parts, literally and figuratively, that can spell success or failure on race day. The lubricant is only one of these. Fuel is another, which Shell also supplies to Ferrari as part of its long-time partnership.

Formula One requires fuels to have an octane rating of at least 87 RON+MON, which is calculated by averaging the research (RON) and motor octane number (MON). There is no upper limit on the octane rating. Other rules apply, such as maximum allowable hydrocarbons, which effectively constrain the fuel so that it is similar to commercial super premium unleaded. Working within these rules, fuel suppliers tweak their formulation. Shell, for instance, supplies Ferrari with a made-to-order fuel, designed via computer simulation and modeling to offer the highest performance and best time on the track.

Before and during each season, Shell sends Ferrari a candidate fuel. After the carmaker evaluates and approves the fuel, a sample is sent to FIA, the worldwide governing body for motor sport. That sample is used to create a chemical fingerprint of the fuel. Spot checks can be, and are, done during race day to make sure that what’s being used in the car matches the fingerprint of an approved fuel.

For each race, Shell ships about 1,400 litres of fuel from Hamburg, Germany. About half is consumed during the race, including during the practice runs and the qualifying rounds. The rest is kept on hand so that lines can be flushed when needed to remove trace contaminants, which can be introduced when a mechanic has to work on an engine.

The design and formulation of the fuel is done before and throughout the racing season with new versions being developed and approved constantly. Generally, what makes the engines run best are fuels with high octane and high calorific values, but upping either one of these tends to depress the other. Hence, there’s a constant balancing act that goes on to get the best possible performance with the goal being to develop a fuel that is similar to that used by the driving public and that could have commercial application.

“We don’t want to go back to the way it was in the eighties when these Formula One fuels were very highly aromatic, very poisonous, very horrible things you could smell miles away. But they bore no relation to the fuels we could use,” Albiston said.

This year’s races are all about fuel economy, he added. Formula One engines underwent major changes in 2014. Before then, cars used 2.4-litre V8 750 horsepower engines to travel at speeds up to 360 kilometres (km) per hour (220 miles per hour). Starting in 2014, the approved technology was 1.6-litre turbocharged V6 engines, which generate about 600 horsepower. Another change was the addition of a recovery system that captures energy from the car’s brakes and also from heat generated by the engine. This energy recovery system helps close the power gap between the old and the new engines, one consequence of the downsizing that took place in 2014.

Fuel consumption is now limited to 100 kilograms (kg) per race, or about 75 litres. Previously, there was no limit, although a team typically used 160 kg per race. Therefore, the new rules translate to at least a 37.5% reduction in typical fuel consumption. Fuel, engine and lubricant all play a part.

New engines also must last longer. In 2013 and prior years, teams were allowed eight engines per season. In 2014, teams were only allowed five. Thus, lubricants have to protect the engines for 4,000 km, versus 2,500 km in previous years’ races. “We’re asking the oil to virtually do twice what it did last year,” Albiston said.

The teams do have some tricks to help their engines last longer. For instance, older engines nearing the end of their life run during practice day. Thicker oils are used since these offer more protection at the expense of performance. But during the qualifying rounds and the actual race when maximum performance is vital, newer engines and lower-viscosity grade oils are typically used. These viscosity grades are “off the SAE charts,” Albiston said.

He added that these engine oils and those sold commercially as Helix Ultra differ only slightly.

Not all drivers are happy with the changes that were introduced in 2014, which have shaken up race standings. At the end of the season, Red Bull, the dominant team in years past, came in second in standing to two entrants from Mercedes. Together, the German automaker’s entrants notched 16 wins as compared to just three from the trio of Red Bull teams, which run with Renault engines. Ferrari came in fourth.

However, no matter what happens on the track, measuring the success of the Ferrari-Shell partnership involves more than winning Formula One races. Shell has been working with Ferrari since the 1930s, Cheong pointed out. That partnership extends beyond Formula One and involves the entire Ferrari product line.

With Ferrari constantly searching for more performance, its racecars provide a test bed for product development. When a new lubricant or fuel is formulated, it is quickly evaluated and road tested. Then the engine is stripped down and analysed, as this information is needed to determine if the new product is actually better than the old.

It all happens at a fast pace and that moves development along rapidly, Albiston said. “Very quickly you’ve made a choice that might take months or years if you were still lab based,” he said.

Data generated from Formula One helps shorten the product development cycle. That’s one of the reasons why Shell is involved in motorsports.

“Shell is involved in Formula One for the simple reason that what we learn here can be taken from the track to the road,” Cheong said. 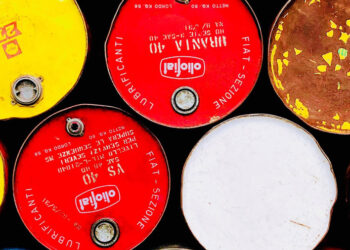 India the only major economy yet to adopt GHS 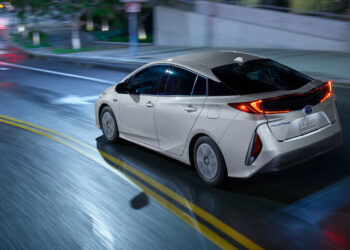