The shipping industry faces some choppy seas. A need to cut emissions has driven ongoing fuel changes, with one result being a scramble to find an economical low-sulphur option. Looming are possible mandates to reduce shipping’s carbon footprint.

It all adds up to unsettled times. The industry is responding in various ways, including improving fuel testing and developing alternative fuels.

With regard to testing, removing uncertainty is one reason why Working Group 7, the Fuels working group of the International Council on Combustion Engines (CIMAC), a worldwide non-profit association consisting of national and corporate members in 25 countries in America, Asia and Europe, recently issued new guidelines on how to interpret fuel analysis test results. “We, as fuel experts in the Working Group, have seen misunderstandings of the test results and wrong interpretation of the correctness of fuel analyses and its repeatability,” said Kjeld Aabo, chairman of the working group.

“One case is the understanding of the analyses of sulphur measurements when compliance to the sulphur limitations given in ECA areas has to be accomplished,” he said.

Getting the measurement right and understanding the results are of more than academic interest. There are regulatory consequences to not meeting the specifications. Emission control areas (ECA) at one time allowed 1% sulphur content fuel, but now have a lower limit of 0.1% as of January 1, 2015.

The standard practice is for the supplier to test the fuel. Some ships also do their own testing, with the assumption being that the fuel is the same throughout so that one sample is the same as another. But there are some variations in the fuel being supplied, as well as some variability in the results arising from the use of different laboratories. Hence, the need for the guidelines, to prevent uncertainty over whether or not a fuel actually meets ultra-low sulphur requirements.

Concern over fuel quality is not confined to fuel suppliers and ship operators alone. For example, the California Air Resources Board (CARB) has reported that most of the vessels burning ultra-low sulphur fuel in the waters under its jurisdiction are not in compliance with regulations mandating sulphur content. It’s one reason why CARB said it was keeping more restrictive state regulations in place for two more years within 24 nautical miles of the California coast.

One result is that the fuels used must meet the specifications for marine gas oil or marine diesel oil. The regulations also preclude the use of scrubbers to remove pollutants or a hybrid fuel that meets the sulphur requirement but not the other parts of the specification.

For shippers, this unsettled fuel environment presents problems. Both marine gas oil and marine diesel oil are more expensive than heavy bunker fuel, the traditional fuel of choice. Bunker fuel prices have fallen about 40% in the last year, in tandem with the decline in crude oil prices.

Unmodified bunker fuel is not an option in some locales, as illustrated by California’s action. Indeed, that is true for the most part anywhere within an ECA. With fuel costs representing a significant expense, shippers would ideally like to use the least expensive fuel, switching to a costlier option only when necessary.

To satisfy the need to meet tighter emission standards, shippers are turning to alternative fuels and new technology. In April, MAN Diesel & Turbo announced the delivery of three ships that are capable of running on methanol fuel, which is an alternative ultra-low sulphur option. Since methanol can come from a number of sources, including natural gas or bio-waste, it could also be a green fuel.

René Laursen, promotion manager for the engine line, noted that methanol offers some significant benefits, at least based on recent history.

Because of the variability in relative fuel prices, the ability to switch back and forth between fuels is important. Laursen said that can be done easily with the new engines. They are unchanged from those optimised to run on bunker fuel. The difference is the addition of a new fuel injection system, enabling the engines to switch between methanol, marine gas oil and bunker fuel easily.

Unlike some low-sulphur alternative fuels that are gasses at room temperature and thus must be cooled, pressurised or both for handling, methanol is a liquid under normal conditions. That makes storage and transportation inexpensive. It also means that there is little additional cost to the ship or ports to handle the fuel, making it a more attractive alternative.

“We see a general high interest in this type of fuel,” Laursen said.

Dual-fuel marine engine technology is one of the topics that will be discussed at the CIMAC Congress in Helsinki this June. 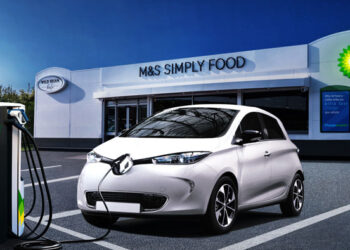