The Australian Competition and Consumer Commission (ACCC) has expressed concerns over ANZ Terminals’ proposed acquisition of the Australian terminals business of GrainCorp Limited, GrainCorp Liquid Terminals (Australia) Pty Limited, which was announced on 4 March 2019. The agency which announced its initial findings last week said it will accept comments from interested parties until 8 August.

ANZ Terminals and Graincorp are providers of bulk liquid storage services in Australia.

“Our preliminary view is that the acquisition will remove a significant competitor in what is an already concentrated industry in NSW, Victoria, and South Australia,” ACCC Chair Rod Sims said.  The legal test which the ACCC cited in considering the proposed acquisition is section 50 of the Competition and Consumer Act 2010. Section 50 prohibits acquisitions that would have the effect, or be likely to have the effect, of substantially lessening competition in any market.  The ACCC is concerned that the proposed acquisition will reduce the number of major port-side bulk liquid storage providers in various locations.

“In some locations, the acquisition will lead to ANZ Terminals becoming the only storage provider for some liquid products. This loss of competition could result in higher prices for customers, or lower levels of service,” Sims said.

The acquisition will expand ANZ Terminals’ footprint across the Australian bulk liquid terminals market, including key sites in Queensland and Victoria and opens up new geographies in Western Australia and Tasmania.

“It also diversifies our customer base and the range of commodities we store, with GLT’s terminals providing significant storage in edibles and tallow,” Moen said at the time of the announcement.

“As a result, it furthers our ability to provide value-added solutions and flexibility for our customers across Australia and also enables ANZ Terminals to capitalise on growth opportunities to build our position further,” he said.

GLT’s terminals store and handle bulk liquids including edible oils and fats, chemicals and petroleum, with specialist capability in flammable and combustible liquids.

The Statement of Issues (SOI) provides the ACCC’s preliminary views on the proposed acquisition and does not constitute a final decision by the ACCC. ANZ Terminals said it is committed to obtaining the necessary regulatory approvals and satisfying other conditions precedent to enable the successful completion of the proposed acquisition.

The transaction is valued at AUD350 million (USD242 million). 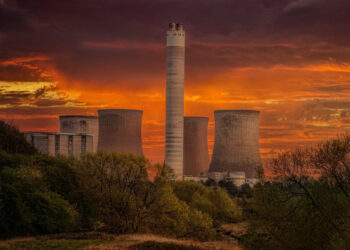